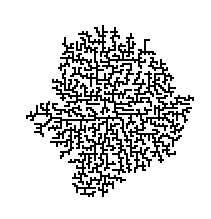 I’m worried about the future. Not mine, since I’m almost 40 and have a kid so it’s pointless and selfish to worry about my future, but the near future of humanity. I feel the world will see some challenging decades ahead. The three big risks are:

So, the future will probably bring forced lifestyle changes, serious economic discomfort at least for us in the west, and possibly a kind of war. A global war may be too destructive to undertake (and I hope it is thus averted) but I think a more limited conflict such as the one that keeps the Middle East under US control may unfold in Asia, to the misery of billions of people.

My short advice to you is stop worrying about terrorism, healthcare, global warming, and other minimal threats and start worrying about these real problems that will jeopardize life in the 21st century.